Attending a large, Labor Day picnic, Frank found himself staring at a draft horse in the fenced-off distance.  His eyes fixated on the magnificent beast as the sounds around him grew dim and jumbled.  Frank’s mind calmly slipped away from the loud and now argumentative party going on around him and turned to the horse.

Bert’s Labor Day picnics were legendary and Frank has been attending them for years.  Bert is the foreman in the shop where Frank is employed and most of his co-workers will attend.  He showed up with a smile upon his face and a 2 liter bottle of soda under his arm eager for the day’s allotment of barbecue, laughs and corn hole.  The first few hours of the day-long event proved to be every bit of fun that Frank expected them to be.  However, as time went on, a few fires began brewing in some of the conversations around him.

Frank has always been warned to leave “religion and politics” out of party banter but he always thought that the list lacked one other hot-button issue -- “football.”  Or, more precisely, “Pittsburgh Steelers and Cleveland Browns football.”  The season opener this year has the teams facing each other, and, with Bert’s property just west of Youngstown, the party had a good mix of both teams’ devotees in attendance.

At work, there were always football disputes.  These disputes never escalated to “police may need to intervene” status.  And though the cops were not needed in the current situation, one couldn’t be blamed for considering a call to them.  The rising of the voices and the language being used with wild gesticulations could have come right out of a Tarantino movie.  Rated R, to say the least.  Fortunately, Bert lived on a large property with his nearest neighbor being a small, working farm.  Frank’s eyes were immediately drawn to the farm’s draft horse on the horizon.

He thought of how strong that horse needed to be to be pulling the large trailers he saw on the farm.  How that horse was responsible for very heavy work.  How horses before that one and even before them and before industrialization, helped build America.  How draft horses used to pull the fire brigade’s wagons and other untold heroic stories of these amazing animals.  These thoughts dulled Frank’s mind to the heated conversations around him and he muttered a little prayer to himself…”Please, please, please let the Browns’ offensive line be as strong as the harnesses on that horse!” 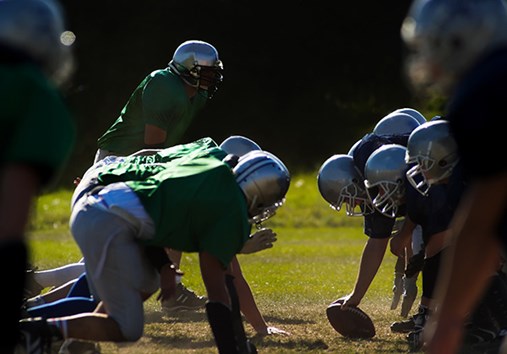