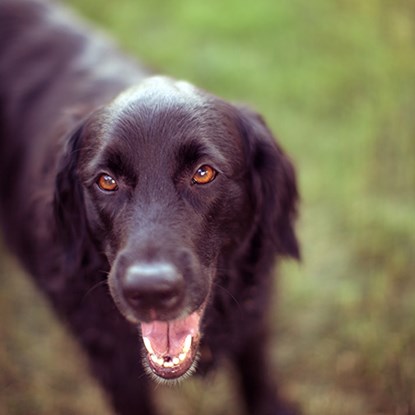 Being a paperboy didn’t allow me to see a dog wagging its tail in eager anticipation of a gentle pat on the head, or a stroke of their rich coat. Myself, mailmen, utility workers, and undeserving pedestrians mindlessly walking home were rich targets for the opportunistic mongrel seeking to satisfy their lust for flesh in my old neighborhood. Early morning encounters with stray dogs were rare, but dangerous. But it was mid-afternoon when I would have the greatest possibility of crossing paths with a dog while collecting quarters and dimes from dead beat customers who looked at me with disdain because I would occasionally call on the services of my father to collect a long overdue debt. I generally didn’t have much to worry about in terms of loose dogs because neighbors would be out mowing grass, shoveling snow, or doing a variety of other mundane chores that would allow me the chance to run for shelter if a stray dog came running after me.

The scariest single memory I had was when a very familiar customer was dog watching their in-law’s dog, and unbeknownst to me “Lady” (the most richly ironic dog name in canine history) was waiting to ambush me. I only became acquainted with Lady when I rapped on their door for the customary weekly charge of $1.40. Within seconds, a large jaw with four legs came barreling at the screen door to see who was about to interfere with her two square meals that her short-term family was feeding her. Lurching, jumping, scratching plexiglass, and just plain going crazy, Lady wanted to open that door and go for my jugular, and after I put up my arms in reflexive defense, I just stood in stunned silence with every hair on my body standing at attention.

As background, the old man that owned the house was absolutely meticulous with every detail, from the landscaping, windows, painting, all the way down to the brass screws on his door handles. With thoughts of how badly I might damage his delicate screen door and how upset he would become I relied on my first instinct, which turned out to be my best; I put my foot on the screen door that on a normal day couldn’t deflect an obese butterfly, but somehow today it withstood the unharnessed Pavlovian ferocity of a canine gone wild, all triggered by a simple door bell.

But as quickly as that all started, things became much calmer with the call of her provisional master. At the behest of the crooked old man, “Lady” dutifully trotted off to a far corner of the house. We then conducted our business and I was on my way, but not before a few sinister growls just to make sure whose side she was on, in case I had forgotten.

That type of episode, and being nipped twice as a child, would lead me to believe that all dogs were either vicious or at the least unfriendly and I ended up taking years, no wait, decades, to allow myself to enjoy the company of dogs.

But now I’m comfortable with dogs, all thanks to the breed of dog that annually is the most popular of all breeds: of course I’m talking about the lovable Labrador Retriever. That’s not to say that all Labs are perfectly tame and won’t bite, but in general the vast majority are friendly and make you feel like you have a loyal companion as soon as you meet for the first time. I guess all it takes is a wag of their tail, a nudge of their cold wet nose, and a deep look into their tranquil, dark, melancholy eyes to make me feel at ease. It’s a dog’s way of smiling, and I suppose we can all take a lesson from our canine friends by taking time to smile