So I was relaxing on the back patio one evening, sipping on my sarsaparilla and fretting about the grass seed that was trying to germinate, and wondering if I was watering it enough.  Being caught up in the moment of these profound thoughts I suddenly saw a flash; and as quick as the flash vanished, my ears were bombarded with a loud boom emanating from the neighbor’s yard filled with mischievous kids scampering, full of joyful glee, and eyes in wide wonder on how much fun they were going to have blowing up something other than their neighbors ear drums.   Fortunately their father threw cold water on their eager anticipation of lighting off more small sticks of dynamite by confiscating the remaining supply that was skillfully smuggled from his best hiding place. With faint whiffs of gun powder still wafting in the soft summer breeze, I began to reminisce about Fourth of July’s I could remember and some that I didn’t witness, but nonetheless knew of.  Out of pure curiosity and the excitement of discovering something new, I went about looking for unusual events on the Fourth of July.

One personal memory that sticks out is a trip that we took to Missouri.  Although our vacation was largely forgettable, our return trip on July 5 was not, because throughout the day and night the car radio kept on reporting about the Lakewood, Ohio fireworks show that went tragically wrong.  It turns out that the company in charge of the event neglected to properly secure the platform that was used to launch the fireworks.  Consequently, all the canisters that were loaded on the platform fell over in unison and proceeded to eject directly into the crowd that was moments before eagerly anticipating a fabulous pyrotechnics display, but was now frantically running for whatever could protect them from the explosion that was about to go off indiscriminately near their person.  Fortunately nobody was killed, but the news of the main fireworks show tipping over, and flying into a frenzied crowd of about twenty thousand was frightening. 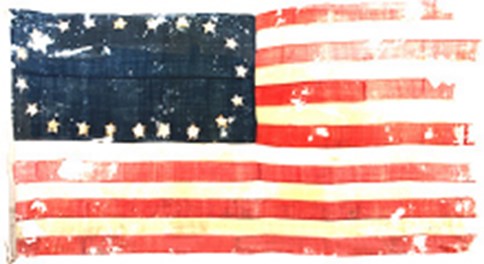 Other events from our nation’s rich history on the Fourth of July include these:

So, on this upcoming Fourth of July, keep your horses a safe distance from fireworks,  your kids away from the fireworks you hid, your watermelon cold, and your barbeques hot.  Until next time, see ya.